“Contesting Arts of Protest” addresses the performative and symbolic aspects of political articulation as well as the question of how the arts are currently used and operate as a discreet means of protest. Bringing together politically engaged artists from various contexts and backgrounds, the artist talk will take the shape of a panel game in which the ways in which the arts not only shape, reflect and document, but also produce sites of protest will be discussed in a playful manner. In its ludic staging, “Contesting Arts of Protest” on the one hand interrogates the possibilities and limits of the ‘arts of protest’ in and beyond their site-specificity from an interdisciplinary perspective, while on the other hand it performatively reflects on how we currently ought to talk about the arts as an independent means of political protest.

Süreyyya Evren (1972) writes on contemporary art, anarchism and literature. He has published several books in Turkish and several articles in English and German. 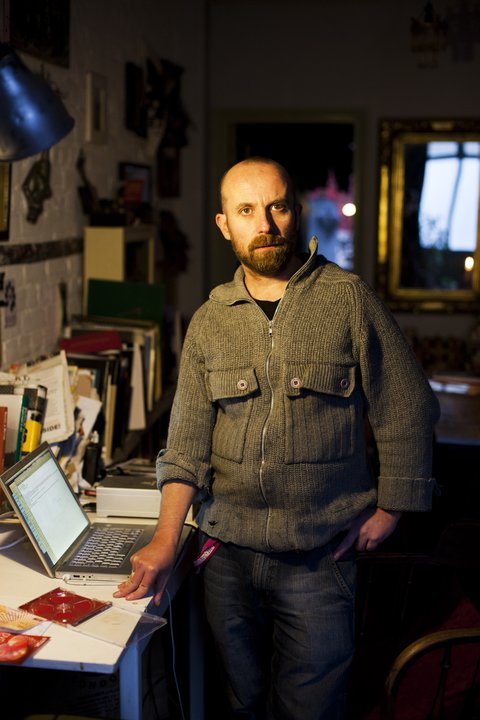 John Jordan merges the imagination of art and the radical engagement of activism, creating new forms of resistance rather than representations of politics. A magician of rebellion” is how French newspaper Liberation described him, whilst the British Government uses the label: “Domestic Extremist“. He prefers what Scotland yard said when trying to persuade an arts manager to cancel a show she had booked by the Laboratory of Insurrectionary Imagination, (Labofii – the collective he now facilitates with Isabelle Fremeaux): “This” the police said “is not a normal travelling theatre company.”

Infamous for launching a rebel raft regatta to shut down a coal fired power station, turning bikes into machines of disobedience during the Copenhagen climate summit and being censored by the BP sponsored Tate gallery, The Labofii is now setting up a commune, farm and school for creative resistance in Brittany, France.

Co-director of social art group Platform (1987-1995) he went on to co-found the direct action collective “Reclaim the Streets” (1995-2000). Senior lecturer in fine art at Sheffield Hallam University (1994 – 2003), he abandoned academia to work on the film The Take with Naomi Klein. In 2004 he co-founded the Clandestine Insurgent Rebel Clown Army, which became a global protest meme from which he soon went AWOL.

He is the co-author of  We Are Everywhere: the irresistible rise of global anti-capitalism (2003, Verso),  A Users Guide to Demanding the Impossible (Autonomedia, 2010) and the film-book, Les Sentiers de l’Utopies, (2011, La découverte).